The Ford F-150 is one of the most-sold trucks of all time, and is appreciated by collectors and truck enthusiasts as one of the most reliable trucks ever made. But, every now and then, even a company as reliable as the Ford Motor Company makes mistakes. This post will go over the times the ball has been dropped, as well as giving rough estimates for how much some of these issues can end up costing. You can also check out our buyers’ guide to finding a used F-150 for and find answers to common questions for further information.

A disclaimer before we begin: while it’s possible to self-diagnose many of these issues, the purpose of this article is to give readers information about possible failures of the F-150, not serve as a diagnostic guide for repair. This article will give you a view of the landscape, it isn’t a maintenance manual. If you’ve got questions about a potential purchase, or if you own one of the models we mention, talking with a mechanic about the potential issues you might face as a Ford owner is always a safe bet.

We’ll start by going through the most commonly reported problems, sorted by the areas on the vehicle where they appear. When considering some of these problems, don’t forget to compare the F-150 to other makes and models, and check out specific F-150 Models to Avoid when shopping around. 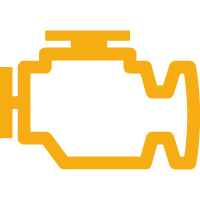 The most common problem with a Ford F-150 is the engine. While it’s reliable, with many drivers reporting driving 140,000 miles, the manufacturer recommends getting sensors replaced at 100,000 miles to avoid faulty sensors, which can cause unbalancing.

Engine problems cost around an average of $2,000 to $7,000 to fix, so often it’s better to start looking for a different vehicle before considering engine replacement/repair. Historically, the 2004 F-150 is infamous for the sheer volume of issues and unreliability, and the 2005 F-150’s engine has been known to fail after 75,000 miles. The 2012 model has also had plenty of reported problems.

Common engine issues to look for are:

An ignition coil is responsible for transforming the low voltage from your battery into the high voltage necessary for making your spark plugs spark and ignite the fuel. When you have an ignition coil problem, you’ll often experience the loss of power and rough running above. But, many of those problems are often caused by engine deterioration too, so your best bet is to check in with a mechanic to determine what the most pressing issues are. 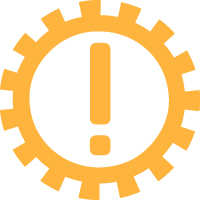 The transmission is responsible for ensuring that the correct amount of speed is transmitted from your engine to your wheels. Transmission problems can result in a unreliable or unstable ride, and can often make it impossible for your vehicle to move at all. The average cost to fix is usually in the range of $1,500 to $2,000.

Transmission problems can be serious and are often some of the causes of accidents. Ford F-150s that have known transmission issues include the 2010, 2011, 2012, 2013, 2015, 2017, and 2018 models. That doesn’t mean that these models are prone to having transmission problems, but they are the models the most likely to experience such issues. 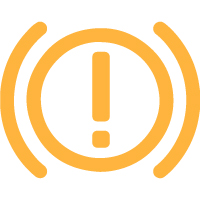 Next up is brakes, the things that stop your truck. As a simple explanation, brake pads and the calipers that hold them up are responsible for putting pressure on the rotors of your vehicle, which slows it down. There can be a number of different types of brake problems: 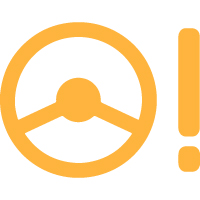 Some drivers report hard or loose, and unresponsive steering. Possible causes range from the caster or column, to the rack and pinion or the power steering pump. Depending on the type of problem you end up having with your vehicle, fixing or repairing a steering gear box on an F-150 can end up costing between $400 and $1,000. It’s a less common problem altogether, but it can still be a problem from time to time.

Most models that have experienced these issues come from the 2012, 2015, 2016, and 2018 model years. The 2015 model was recalled for possible improper riveting of the upper I-shaft, causing hard steering. There were a few reports of the power steering completely locking up in 2011 models, but it was considered an anomaly and not a frequent occurrence to consider a common problem with that particular model, or be a reflection on the Ford F-150.

That’s a difficult question. Rest assured, that if you’re considering purchasing an F-150, it’ll be around for the long haul. But part of the answer to the question depends on how well the vehicle is maintained, and quite a few other factors, like usage.

From a well-maintained F-150, you can expect anywhere from 100,000 to 250,000 miles. If you’re wondering about which model years perform better than others, a good way to get an impression of that is by talking Ford owners on forums, as well as taking it into a mechanic to see what the potential roadblocks and failures you might experience down the road.