If you're interested in By adding a backup camera to a vehicle that doesn’t have one, you're making a wise decision for yourself and everyone else on the road. By May 2018, "rear visibility technology" will be mandatory in every new lightweight vehicle, thanks to a 2014 mandate by the National Highway Traffic Safety Administration (NHTSA). The federal agency took multiple studies into account, including their own cost-benefit analyses and extensive crash tests, and verified what the auto industry already knew: that backup cameras prevent an overwhelming majority of low-speed collisions.

Features such as ultrasonic sensors make some camera models even more effective protectors, and if you install a new display along with your unit, you may be able to tap into additional technologies. Whether you opted for a trim level that didn't include a camera or you drive an older vehicle, explore your options today to see if you can retrofit your exterior and interior to accommodate an autonomous backup camera system.

If your truck or SUV isn't on this list – or if you have a car, RV or any other type of motor vehicle – don't settle for a higher accident risk. You just need a few key features to properly install an aftermarket backup camera. 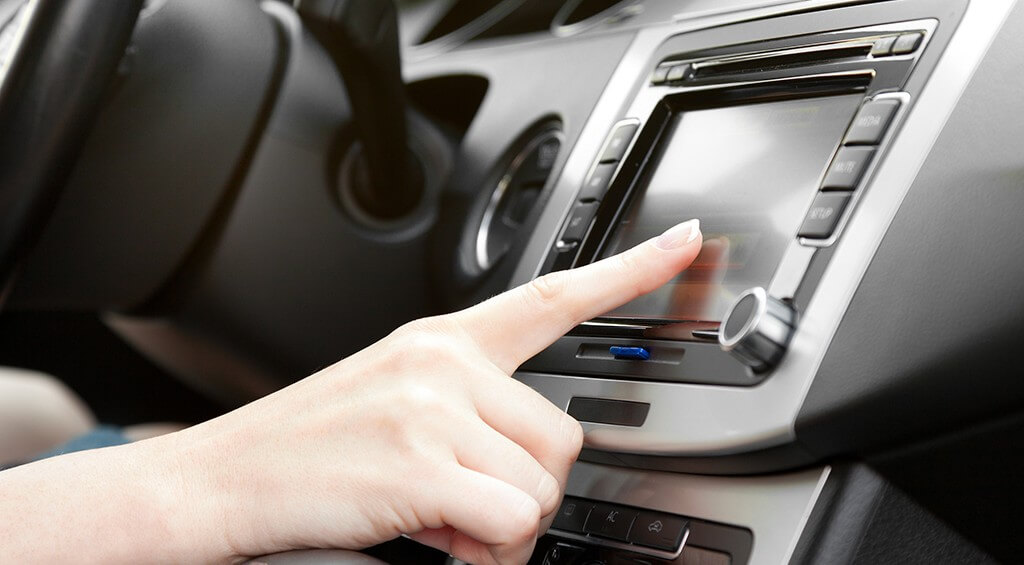 To determine whether a camera will work, take a look inside your cabin and read the camera's specific installation requirements carefully. "Plug and play" cameras plug right into your vehicle's existing navigation or radio display, while others require you to cut into the original electrical system. Check for some or all of the following compatibility concerns:

The most important factor is video compatibility. Your vehicle must be able to receive and display live footage from the camera feed, or it must be compatible with the wires you'll use to install a screen and connect it to a backup camera.

In order to retrofit a vehicle with a backup camera, you must be able to find a suitable spot to install the actual camera. It should offer a direct line of sight to the space behind your vehicle, and if possible, permanent alterations should be minimal. Tailgate handles, trailer hitches, and license plates are prime candidates, depending on the structure and function of your vehicle. Of course, if other trims included a backup camera from the original manufacturer, your vehicle probably has an identical exterior, complete with space to install one yourself.

Some vehicles may not synchronize with a new backup camera until it's programmed and activated at a licensed dealership. Others have on-board diagnostic system (OBD) ports that are compatible with backup camera programming modules, so all you have to do is plug your camera or screen into the OBDII port to retrieve the necessary coding.

If a backup camera was included in one of your package options, you probably have the exact same screen setup as drivers who did pick it. You may be able to retroactively install the original manufacturer's camera, avoiding the added expense of the entire package. However, your options may also include autonomous backup cameras that outperform the originals, cost less, and are compatible with your system. Remember: backup cameras and camera kits come in many styles and sizes, and it's important to verify the compatibility requirements of each specific camera before you commit.

If your vehicle doesn't have an in-dash display, don't worry. Backup cameras aren’t the only add-ons available long after you drive off the dealership lot; autonomous screens are also available. Your screen options depend on the make, model, and trim of your vehicle, whether you want a complete kit or a separate camera and screen, and a few other factors.

Retrofit your vehicle with one of the following screens, then hook up a backup camera to receive a live view of your biggest blind spot every time you drive in reverse:

Many trucks and RVs have long side mirrors and rearview mirrors with embedded technology. Yours may be compatible with a backup camera that sends images or alerts straight to the mirror's surface, allowing you to canvas multiple regions with each glance.

If you don't have a factory-integrated navigation display, you may want to install GPS technology along with your backup camera. Some autonomous navigators, including built-in units and devices that plug into your vehicle temporarily, have ports that are compatible with backup camera kits.

Head units, also called decks, are pieces of hardware usually installed behind your dashboard face plate. Head units were once used primarily to play cassettes; today, they may double as instrument panels, sending sophisticated alerts from your backup camera and other external sensor systems.